By Carola Vyhnak, Special to the Toronto Star 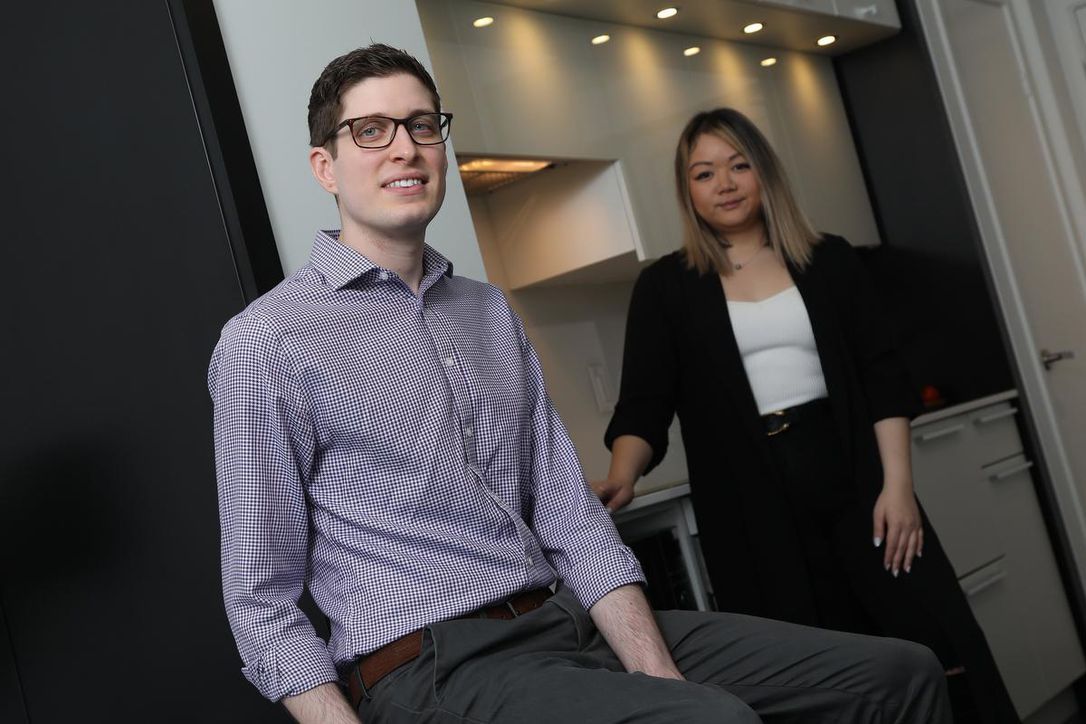 TORONTO STAR – When Kyle Paranuik’s parents were in their mid-20s, they bought their first house in small-town Ontario for $45,000.

Still, if he’s upset about the changes, it doesn’t show. “It feels good,” says the accountant. “I have a home and know that I can afford it.”

First-time buyers in the GTA are getting steadily older. Consider that in 2014, the average age was 27. Five years later, it was 32, according to BMO reports.

Ownership eludes younger purchasers for many reasons: insufficient income; high rent prices; onerous student debt; tighter mortgage lending rules; saving for a down payment; late entry into the workforce, and the biggie — the affordability crisis in the real estate market.

Toronto region home prices are expected to increase by up to five per cent this year, to an average of between $765,300 and $898,400, Canada’s national housing agency has forecast. By the end of 2021, that jump could reach 10.5 per cent over 2019 prices to an average of $949,400, Canada Mortgage and Housing Corporation (CMHC) predicts.

The steady upward spiral is undoubtedly holding back buyers, according to spokesperson Colette Kikongi.

“Affordability is the main concern,” she said, following a CMHC survey last year that found mortgage purchases by new buyers dropped to 47 per cent from 56 per cent in 2018.

A poll of 25- to 40-year-old first-timers by mortgage insurance company Genworth Canada revealed that a growing number are getting a financial boost from parents — 37 per cent in 2019 compared to 31 per cent in 2015. The study also found that immigrants account for 42 per cent of novice buyers in Toronto.

Studies show the road to ownership is long, bumpy and uphill. A 2019 report called “Straddling the Gap” by Generation Squeeze, a non-profit group that advocates for young Canadians, indicates the average millennial has to save eight years longer than the previous generation. Squirrelling away a 20 per cent down payment on an average-priced home in the GTA requires the typical young person to work full-time for 21 years, the report concludes.

Still, owning their own home ranks high for people like Paranuik, who set his distant goal as a university student and started saving with his first job in 2010. Realizing that buying made more economic sense than paying an expected rent increase, Paranuik decided last fall “to grab something when I could, to not get left behind.”

After a two-month search with real estate agent Connie Truong of Trace Property Group, he secured his one-bedroom-plus-den condo with a down payment of $208,000 — which amounted to 30 per cent of the price and netted him a lower mortgage interest rate.

“It’s tough,” she says of getting into the market. “The number one reason (for delaying) is they’re just not financially ready. Saving up the down payment is where they struggle the most.”

Truong cites expensive rent as a big factor. The average one-bedroom apartment in Toronto goes for $2,300 a month while a two-bedroom is around $2,900.

Sheena McDonald and her husband consider themselves “very lucky” that they’re only paying $1,710 for a west-end apartment, enabling them to buy a $650,000 condo while still paying off a sizable student debt.

Options for Homes, the developer behind the affordable condominium called The Humber, offers buyers a shared-appreciation loan of 10 to 15 per cent of the purchase price, which is repaid when the homeowner sells or moves.

This alternative financing model, which enables people to buy years sooner, requires qualified purchasers to make a five per cent down payment of their own money, which Options tops up to 20 per cent of the purchase price with a maximum loan of $75,000. A primary lender provides a mortgage for the balance.

Without the Options loan, McDonald, a communications professional, says her family would probably have been “renting forever” because saving up enough money was “really hard.”

“You hear that in conversations over and over: ‘I wanted to buy three or four years ago but I couldn’t find a place I could afford,’ ” Daniels’ vice-president of sales says of workshop attendees — who often number 1,000 or more and include newcomers to the country.

There’s “no doubt” first-time buyers are aging, says Tompa, noting many of their customers are mid- to late-30s, compared to mid- to late-20s a decade ago. “It’s taking them longer to get established (and) in a position to buy.”

When they do, it’s usually a more affordable highrise condo or stacked townhome in a development where Daniels’ gradual deposit program facilitates purchases with five per cent down.

Buyers, who must attend a workshop to get in on the first sale when homes come to market (they usually sell out quickly), pay an initial $5,000 deposit when they sign a purchase agreement, then make regular payments until they reach five per cent of the purchase price, due on occupancy. Daniels has sold close to 3,000 homes this way in 15 FirstHome communities in the GTA since 2004.

For his part, Paranuik considers himself fortunate to own a piece of Toronto real estate given the high price tags. Several years ago, he thought briefly about buying a house in Sault Ste. Marie, where he lived at the time.

“I thought it would cost maybe $200,000,” he recalls. Once relocated in the GTA, “I knew I would have to change my expectations.”

Correction - Feb. 13, 2020:  This article was edited from a previous version that mistakenly said the maximum down payment loan a buyer can get from Options for Homes is $75,000.